Robert Rich has pioneered new worlds of ambient and electronic music for three decades. He studied computer music at Stanford's prestigious CCRMA while earning a degree in Psychology. In 1982 he first performed his legendary Sleep Concerts, all-night shows meant to sustain hypnogogic states in sleeping audiences. His 7-hour DVD Somnium may be the longest continuous piece of music ever released on any format. Rich has recorded over 30 albums, ranging from the slow deep ambience of Trances/Drones, to the electro-acoustic world music of Rainforest and Ylang, to shadowy cinematic excursions like Stalker and Bestiary. Rich has worked with Steve Roach, Lustmord, Ian Boddy, David Torn, Alio Die, Paul Haslinger, Markus Reuter, and many others. His sound design graces films like Pitch Black and many instrument libraries. His group, Amoeba, explored atmospheric songcraft on their two CDs, Watchful and Pivot. To find out more abut what Robert has been up to lately please visit his sight

How important is having access to a quality reverb to your work and production style?

Good reverb is essential for me, and I am very fussy about the sound I'm reaching for. I need it to be rather transparent but capable of long tails without getting murky, lumpy or sounding like spray.

What are some of your favorite reverbs, hardware or software, that you have used throughout your long career? Do you still use any of these?

My all-time favorite reverb has been the Sony R7, which I used for almost 20 years until mine died. I actually made some impulses of my favorite R7 programs before it completely choked. I was using a Lexicon PCM 60 since 1984 when it came out, until the late '90s. I still use a TC Electronic M3000, usually for tiny amounts of short "air", and a Sony DPS-V55 to try to replace the dead R7 (it's not the same, though.) For specialty reverbs I have my old Eventide H3000, and an Eventide Eclipse, although usually those get used for subtle pitch-delay because their reverbs are a bit odd. I also use a Lexicon MX400 a little bit, but only for its surround dual-reverb algorithm to add glue to surround mixes. My problem with the Lexicon sound is that it tend to get muddy, although I love the richness. As for software reverbs, I have made some of my own impulses for Space Designer in Logic, primarily trying to capture the very elusive sound of out-door spaces such as forests. 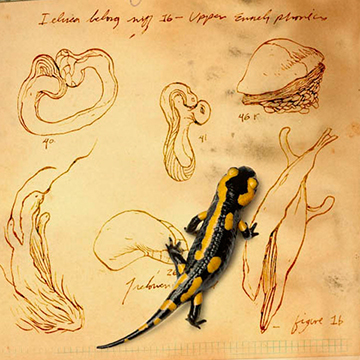 Care to share any tips or tricks regarding reverb usage that you have discovered over the years?

I often use small amounts of several different reverbs together, to add density and smoothness, sometimes sending one reverb into another. Also, I tend to gravitate to good sounding plate reverb simulations, for the shorter tails, because they tend to leave a mix less cluttered. I like to create depth from front to back by leaving "small" sounds rather dry, which helps put the soundstage in perspective. I almost always put my reverbs on an Aux send, rather than separate instantiations for each track, because I want the elements of the mix to sit in a common space.

Any cool upcoming projects coming up that you care to share with our readers?

I'm working a new album that feels almost reminiscent of my early work, extremely slow and quiet. It's a language I enjoy but rarely explore these days. The working title is "Nest". I'm also touring a bit this year to support my recent release "Medicine Box," playing some festivals (Electric Forest in Michigan at the end of June) and planetarium concerts.

What hardware, OS, and host application(s) are you using with our software?

I'm running Logic on a Mac Pro Xeon 8-core, using a Yamaha 02R96 as a front end. I still use outboard synths and processing, along with soft-synths and plug-ins. It's a hybrid studio for maximum flexibility.

What do you find most unique or inspiring about Aether as compared to other competitive products?

First and foremost, it sounds good. If it didn't, I wouldn't use it. I like how the controls are exposed and visible, to make it easy for quick tweaks to respond to the needs of a mix. In fact I don't tend to save a lot of my own presets because it's so easy to dial in the sound on a case-by-case basis.

Do you tend to use Aether for extreme FX oriented presets, or more subtle and traditional reverb needs, or both?

Most often I use it to create a smooth long hall reverb, to go along with slowly moving pads. They aren't exactly special effects, but longer than most real acoustic environments. 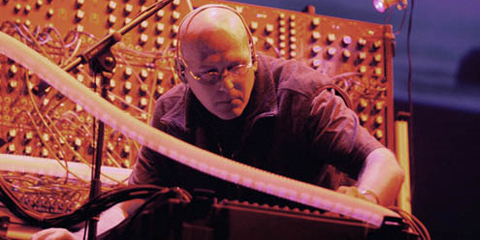 How many instances per project do you typically use?

Usually just one or two, typically on Aux busses.

What kind of source sounds do you usually use with Aether?

I'll often use Aether for the sounds that incorporate reverb as part of their timbre and sustain, usually slow smooth pads that add texture around the edges of a mix. Aether blends well with these sounds and helps enhance the spatial width and depth of the music.

Now that you have been using it regularly in your work, what keeps you most excited about it? What is your favorite feature?

This might not sound very sexy, but to be honest my favorite "feature" is the fact that I don't have to think too hard about it: a good professional tool should get out of the way until you need to change something, it should provide the options for easy quick edits, and it should sound good enough that it vanishes. I think Aether succeeds at that.

Do you find yourself designing your own presets on a regular basis?

I customize the settings every time I open up Aether. It's easy enough to do that I rarely bother saving them as presets, because I'll probably tweak them differently each time anyway.

Could you name some of your works in which you have actively used Aether?

I used it quite extensively on my most recent album, Medicine Box. In fact, it's on every piece. I would have used Aether more before that but I was still using a G5 Mac until 2010. Aether gave me a good incentive to upgrade!

Have you spent any time with Breeze to date?

I have not used Breeze in any recordings quite yet, primarily because I would rather take the CPU hit to get more immediate programability with Aether. In my listening tests I think it sounds quite good, though.